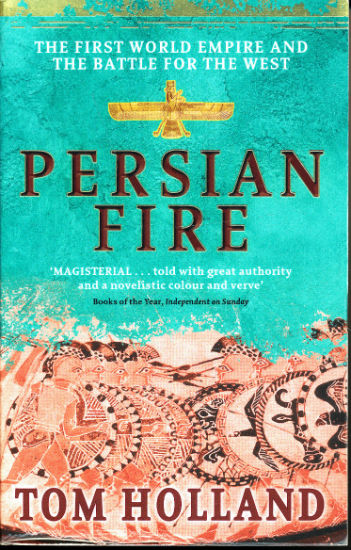 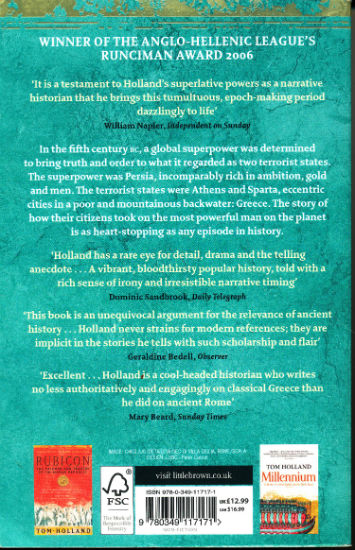 The First World Empire and The Battle for The West

“It is a testament to Holland´s superlative powers as a narrative historian that he brings this tumultuous, epoch-making period dazzlingly to life”
– William Napier, Independent on Sunday

In the fifth century BC, a global superpower was determined to bring truth and order to what it regarded as two terrorist states. The superpower was Persia, incomparably rich in ambition, gold and men. The terrorist states were Athens and Sparta, eccentric cities in a poor and mountainous backwater: Greece. The story of how their citizens took on the most powerful man on the planet is as heart-stopping as any episode in history.

“Holland has a rare eye for detail, drama and the telling anecdote … A vibrant, bloodthirsty popular history, told with a rich sense of irony and irresistible narrative timing”
– Dominic Sandbrook, Daily Telegraph

“This book is an unequivocal argument for the relevance of ancient history … Holland never strains for modern references; they are implicit in the stories he tells with such scholarship and flair”
– Geraldine Bedell, Observer

“Excellent … Holland is a cool-headed historian who writes no less authoritatively and engagingly on classical Greece than he did on ancient Rome”
– Mary Beard, Sunday Times