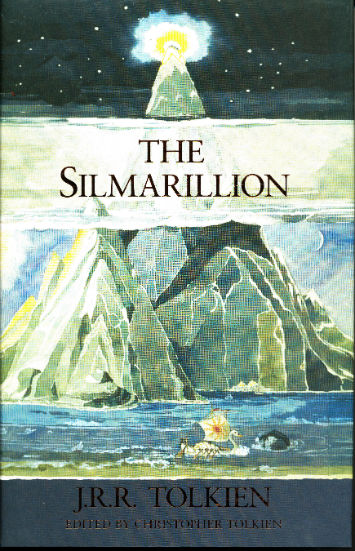 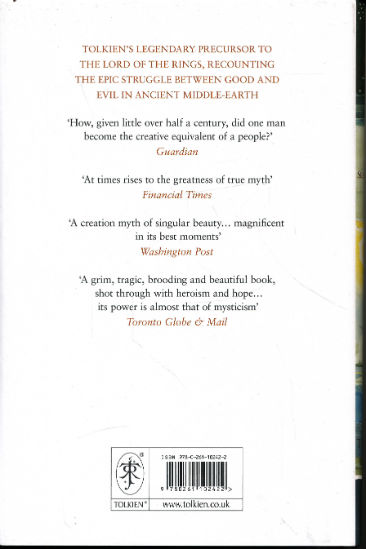 The Silmarilli were three perfect jewels, fashioned by Feanor, most gifted of the Elves, and within them was imprisoned the Last Light of the Two Trees of Valinor. But the first Dark Lord, Morgoth, stole the jewels and set them within his iron crown, guarded in the impenetrable fortress of Angband in the north of Middle-earth.

The Silmarillion is the history of the rebellion of Feanor and his kindred against the gods, their exile from Valinor and return to Middle-earth, and their war, hopeless despite all their heroism, against the great Enemy. It is the ancient drama to which the characters in The Lord of the Rings look back, and in whose events some of them such as Elrond and Galadriel took part.

The book also includes several shorter works: the Ainulindale is a myth of the Creation and in the Valaquenta the nature and powers of each of the gods is described. The Akallabeth recounts the downfall of the great island kingdom of Numenor at the end of the Second Age and in Of the Rings of Power the great events at the end of The Lord of the Rings are treated in the manner of The Silmarillion.

This new edition of The Silmarillion includes a number of minor textual corrections to earlier hardback printings, and by the way of introduction a letter written by J.R.R. Tolkien in 1951 which provides a brilliant exposition of his conception of the earlier Ages.