Avaleht » Pood » “The Could Six Thousand” 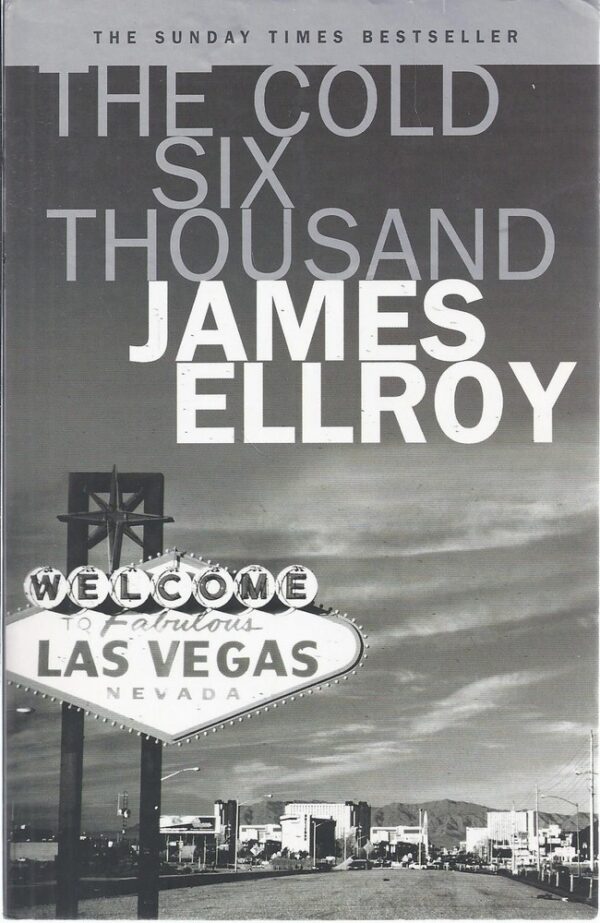 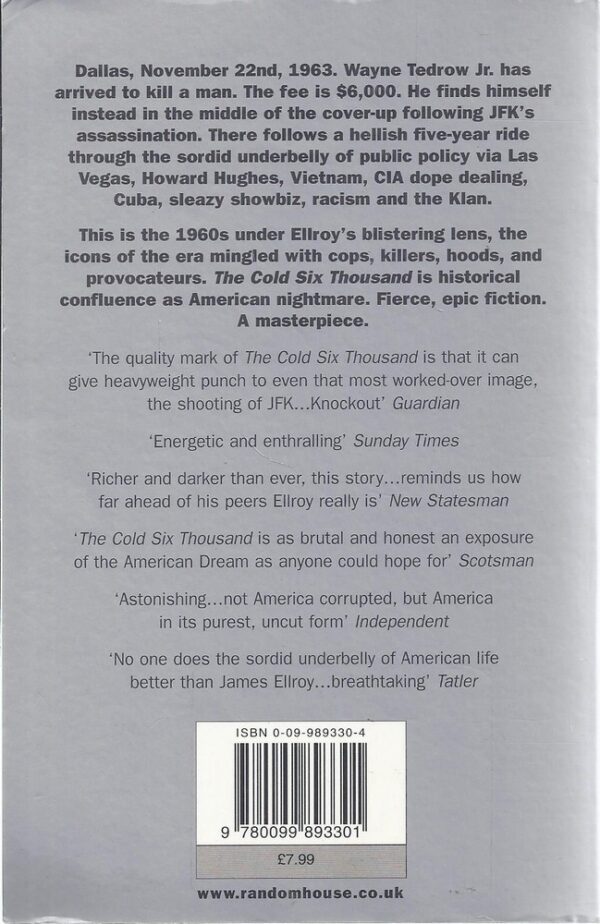 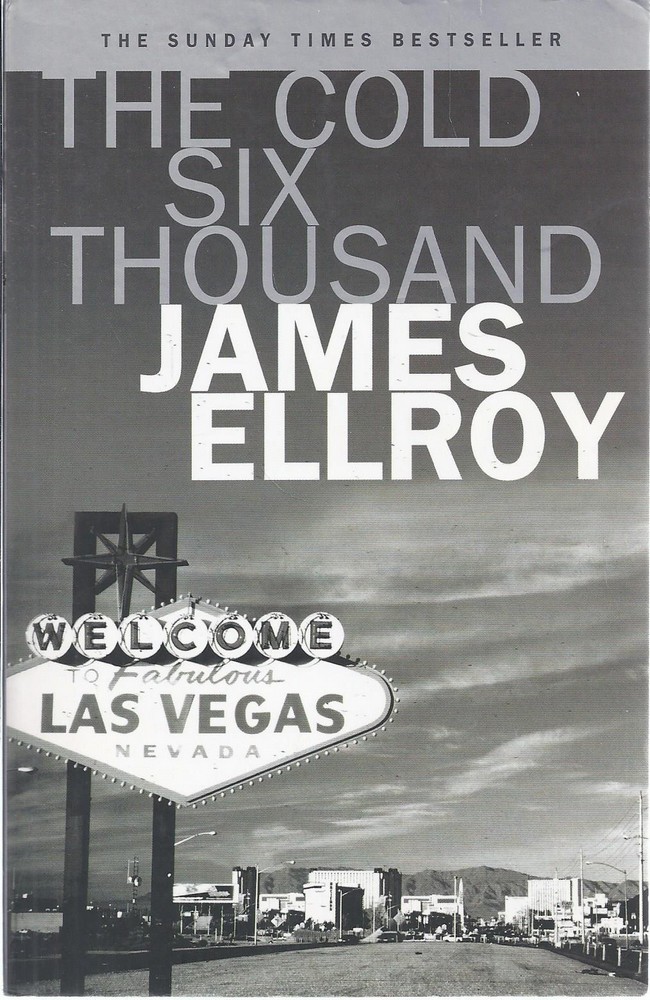 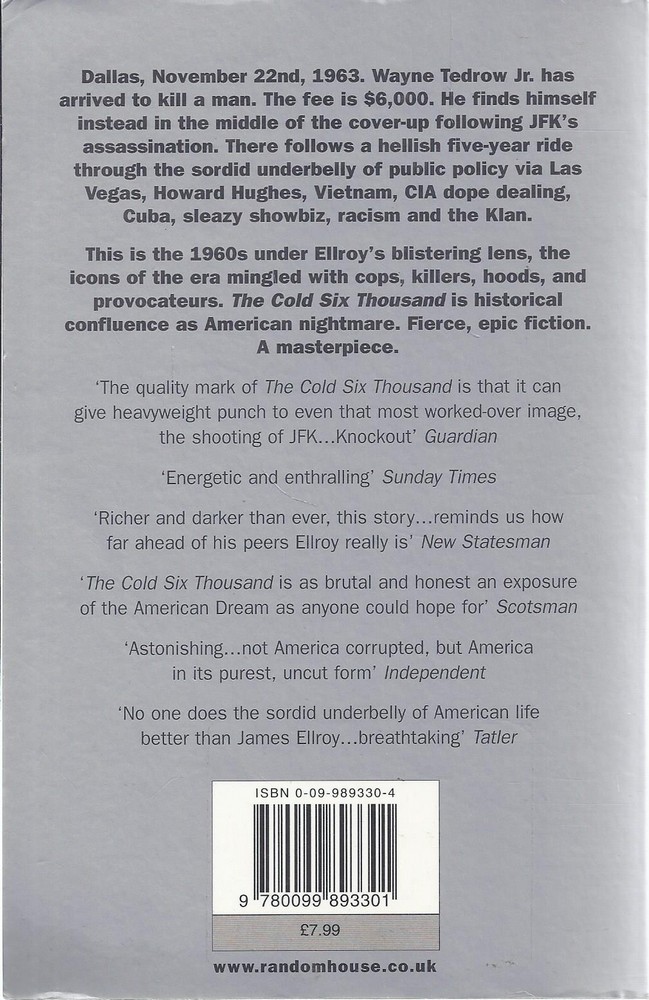 Dallas, November 22nd, 1963. Wayne Tedrow Jr. has arrived to kill a man. The fee is 6.000USD. He finds himself instead in the middle of the cover-up following JFK´s assassination. There follows a hellish five-year ride through the sordid underbelly of public policy via Las Vegas, Howard Hughes, Vietnam, CIA dope dealing, Cuba, sleazy showbiz, racism and the Klan.

This is the 1960s under Ellroy´s blistering lens, the icons of the era mingled with cops, killers, hoods, and provocateurs. The Cold Six Thousand is historical confluence as American nightmare. Fierce, epic fiction. A masterpiece.

“The quality mark of The Cold Six Thousand is that it can give heavyweight punch to even that most worked-over image, the shooting of JFK… Knockout” – Guardian

“Richer and darker than ever, this story… reminds us how far ahead of his peers Ellroy really is” – New Statesman

“Astonishing… not America corrupted, but America in its purest, uncut form” – Independent