Avaleht » Pood » “Deliver us from Evil” 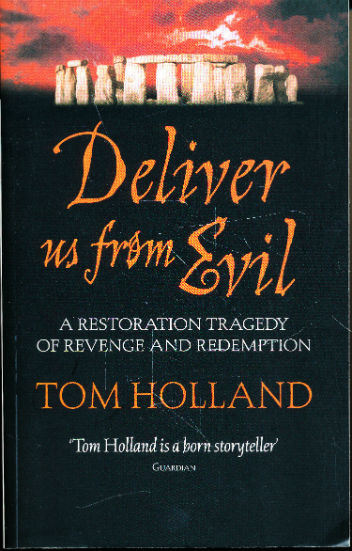 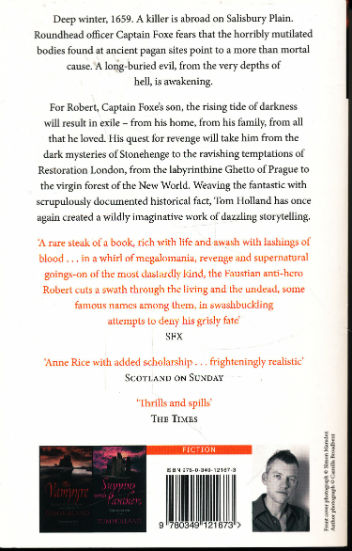 A restoration tragedy of revenge and redemption

Deep winter, 1659. A killer is abroad on Salisbury Plain. Roundhead officer Captain Foxe fears that the horribly mutilated bodies found at ancient pagan sites point to a more than mortal cause. A long-buried evil, from the very depths of hell, is awakening.

For Robert, Captain Foxe´s son, the rising tide of darkness will result in exile – from his home, from his family, from all that he loved. His quest for revenge will take him from the dark mysteries of Stonehenge to the ravishing temptations of Restoration London, from the labyrinthine Ghetto of Prague to the virgin forest of the New World. Weaving the fantastic with scrupulously documented historical fact, Tom Holland has once again created a wildly imaginative work of dazzling storytelling.

“A rare steak of a book, rich with life and awash with lashings of blood … in a whirl of megalomania, revenge and supernatural goings-on of the most dastardly kind, the Faustian anti-hero Robert cuts a swath through the living and the undead, some famous names among them, in swashbuckling attempts to deny his grisly fate” – SFX

“Thrills and spills” – The Times

Be the first to review ““Deliver us from Evil”” Tühista vastus