Avaleht » Pood » “Atlantis in the Amazon” 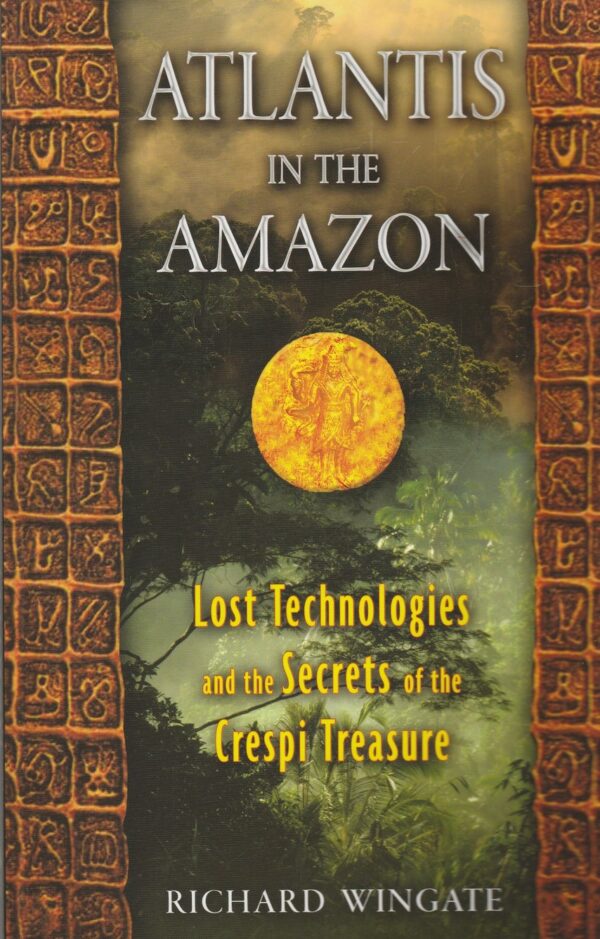 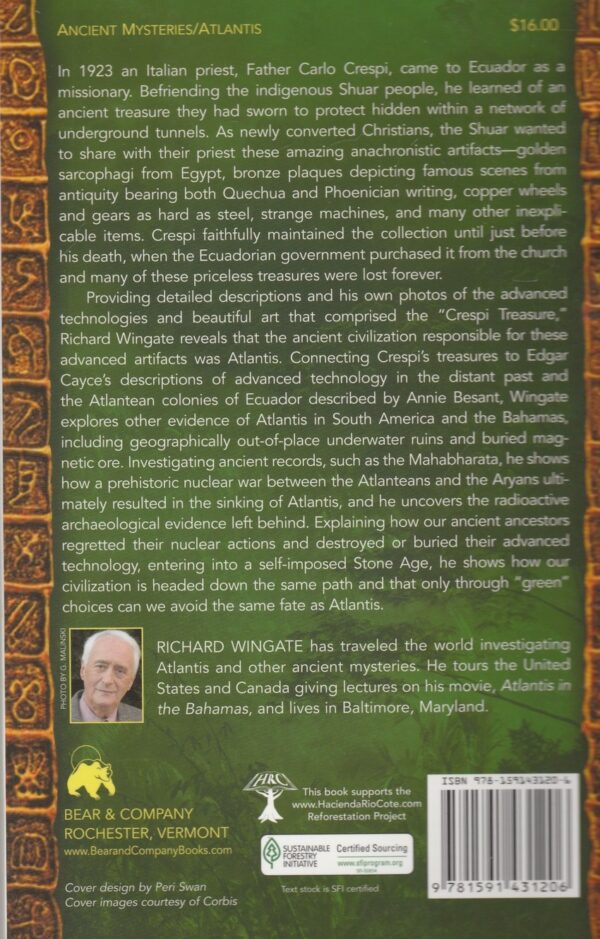 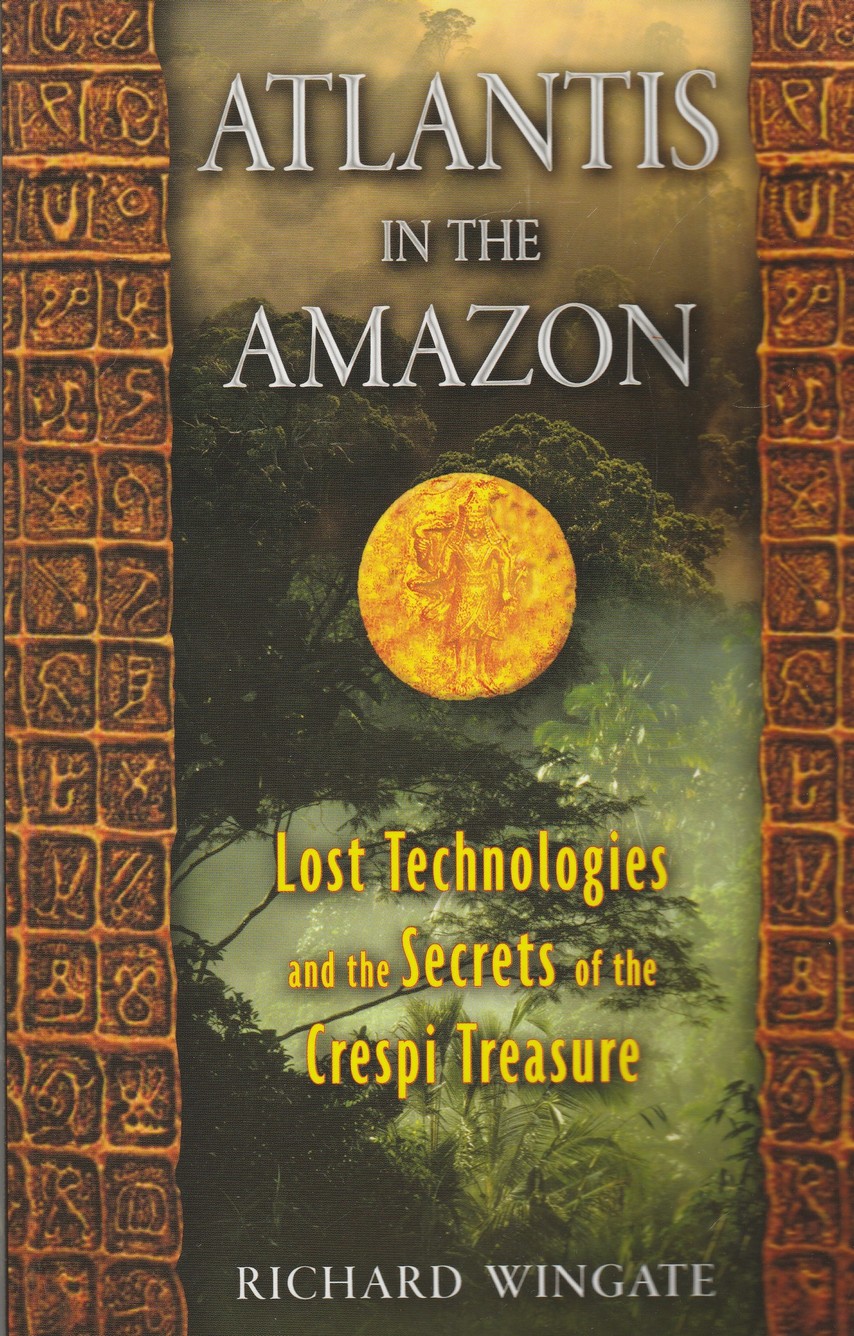 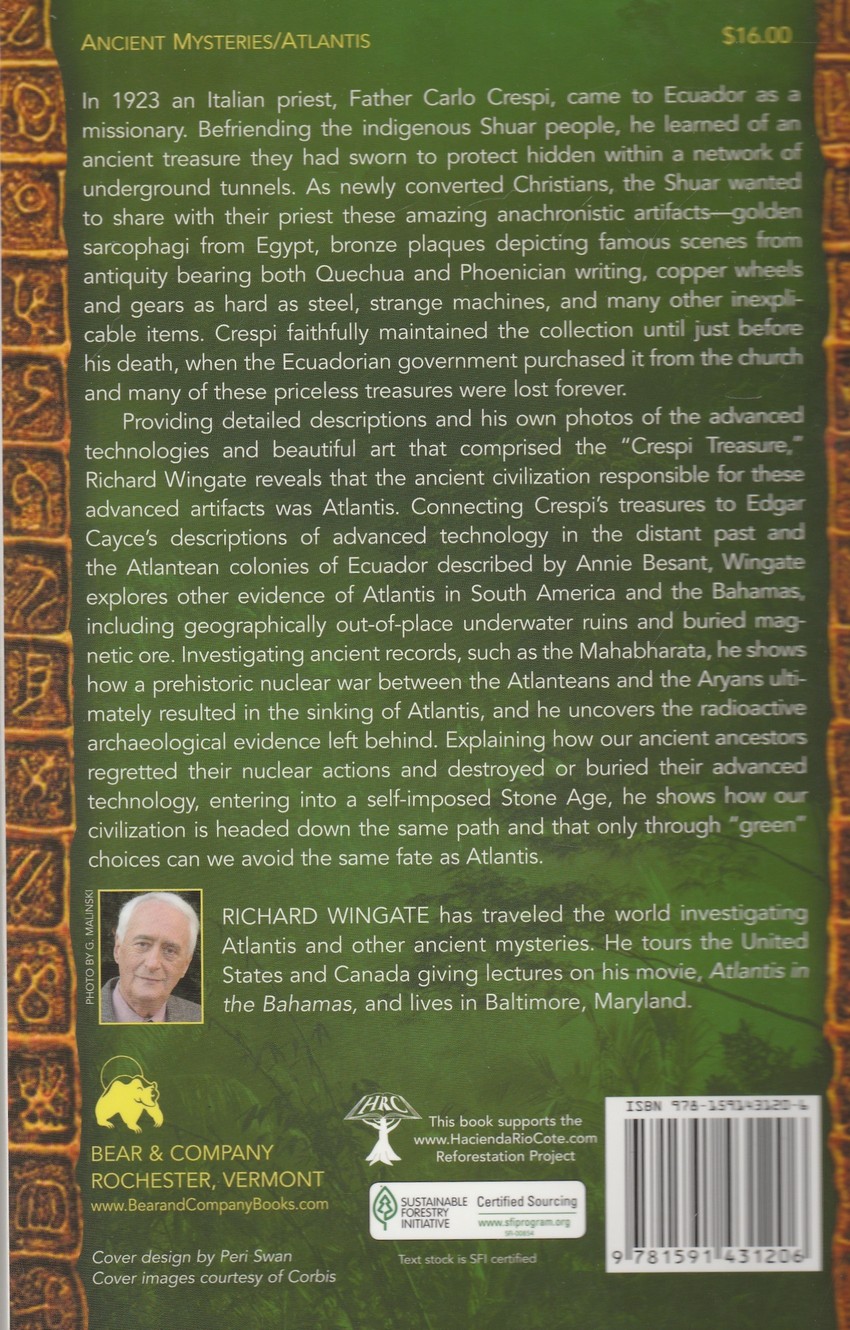 Lost Technologies and the Secrests of the Crespi Treasure

In 1923 an Italian priest, Father Carlo Crespi, came to Ecuador as a missionary. Befriending the indigenous Shuar people, he learned of an ancient treasure they had sworn to protect hidden within a network of underground tunnels. As newly converted Christians, the Shuar wanted to share with their priest these amazing anachronistic artifacts – golden sarcophagi from Egypt, bronze plaques depicting famous scenes from antiquity bearing both Quechua and Phoenician writing, copper wheels and gears as hard as steel, strange machines, and many other inexplicable items. Crespi faithfully maintained the collection until just before his death, when the Ecuadorian government purchased it from the church and many of these priceless treasures were lost forever.

Providing detailed descriptions and his own photos of the advanced technologies and beautiful art that comprised the “Crespi Treasure”, Richard Wingate reveals that the ancient civilization responsible for these advanced artifacts was Atlantis. Connecting Crespi´s treasures to Edgar Cayce´s descriptions of advanced technology in the distant past and the Atlantean colonies of Ecuador described by Annie Besant, Wingate explores other evidence of Atlantis in South America and the Bahamas, including geographically out-of-place underwater ruins and buried magnetic ore. Investigating ancient records, such as the Mahabharata, he shows how a prehistoric nuclear war between the Atlanteans and the Aryans ultimately resulted in the sinking of Atlantis, and he uncovers the radioactive archaelogical evidence left behind. Explaining how oru ancient ancestors regretted their nuclear actions and destroyed or buried their advanced technology, entering into a self-imposed Stone Age, he shows how our civilization is headed down the same path and that only through “green” choices can we avoid the same fate as Atlantis.

Richard Wingate has traveled the world investigating Atlantis and other ancient mysteries. He tours the United States and Canada giving lectures on his movie, Atlantis in the Bahamas, and lives in Baltimore, Maryland.