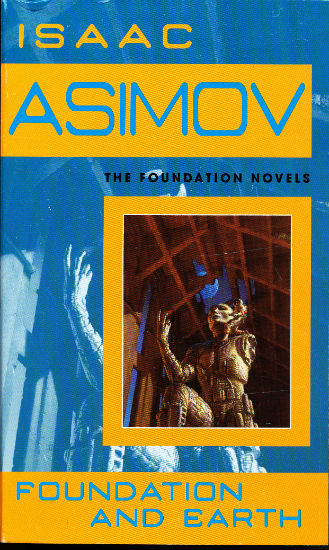 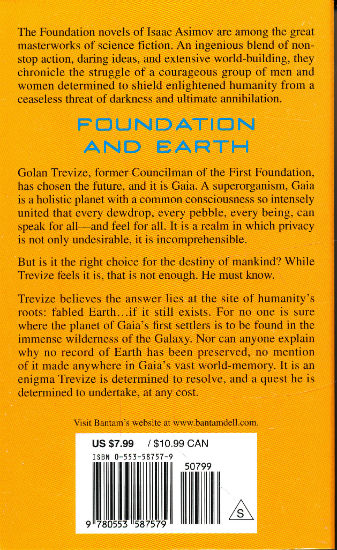 The Foundation novels of Isaac Asimov are among the great masterworks of science fiction. An ingenious blend of nonstop action, daring ideas, and extensive world-building, they chronicle the struggle of a courageous group of men and women determined to shield enlightened humanity from a ceaseless threat of darkness and ultimate annihilation.

Golan Trevize, former Councilman of the First Foundation, has chosen the future, and it is Gaia. A superorganism, Gaia is a holistic planet with a common consciousness so intensely united that every dewdrop, every pebble, every being, can speak for all – and feel for all. It is a realm in which privacy is not only undesirable, it is incomprehensible.

But is it the right choice for the destiny of mankind? While Trevize feels it is, that is not enough. He must know.