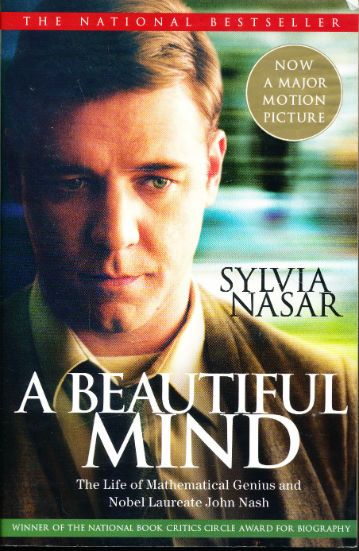 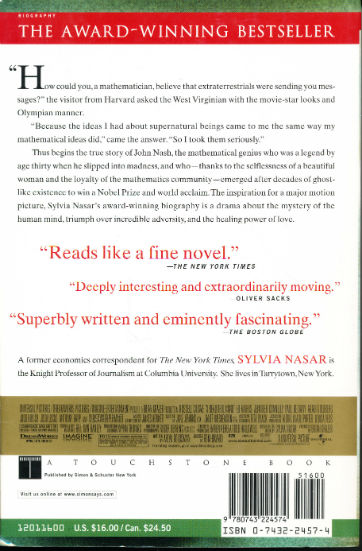 The Life of Mathematical Genius and Nobel Laureate John Nash

“How could you, a mathematician, believe that extraterrestrials were sending you messages?” the visitor from Harvard asked the West Virginian with the movie-star looks and Olympian manner.
“Because the ideas I had about supernatural beings came to me same way my mathematical ideas did,” came the answer. “So I took them seriously.”
Thus begins the true story of John Nash, the mathematical genius who was a legend by age thirty when he slipped into madness, and who – thanks to the selflessness of a beautiful woman and the loyalty of the mathematics community – emerged after decades of ghostlike existence to win a Nobel Prize and world acclaim. The inspiration for a major motion picture, Sylvia Nasar´s award-winning biography is a drama about the mystery of the human mind, triumph over incredible adversity, and the healing power of love.