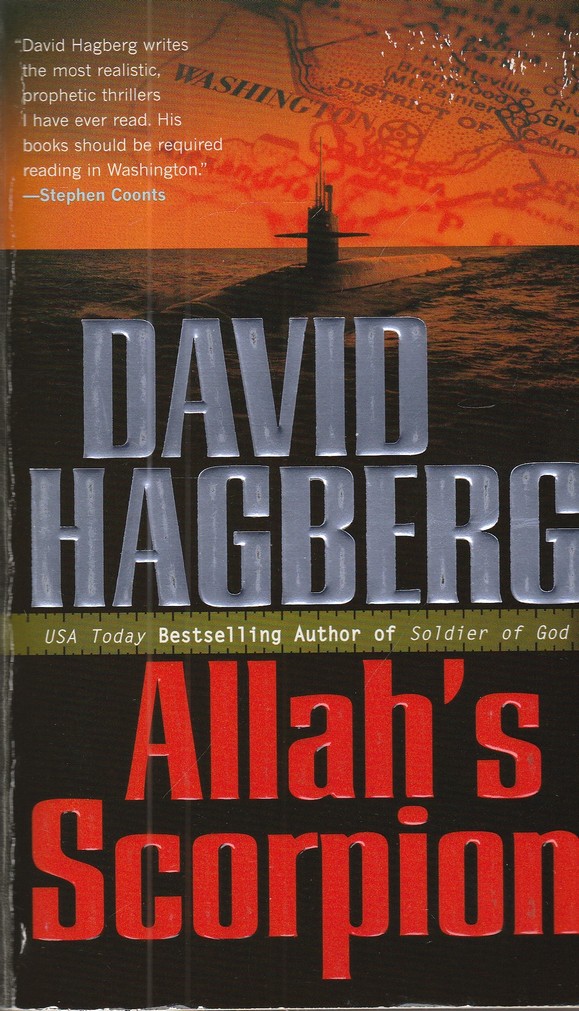 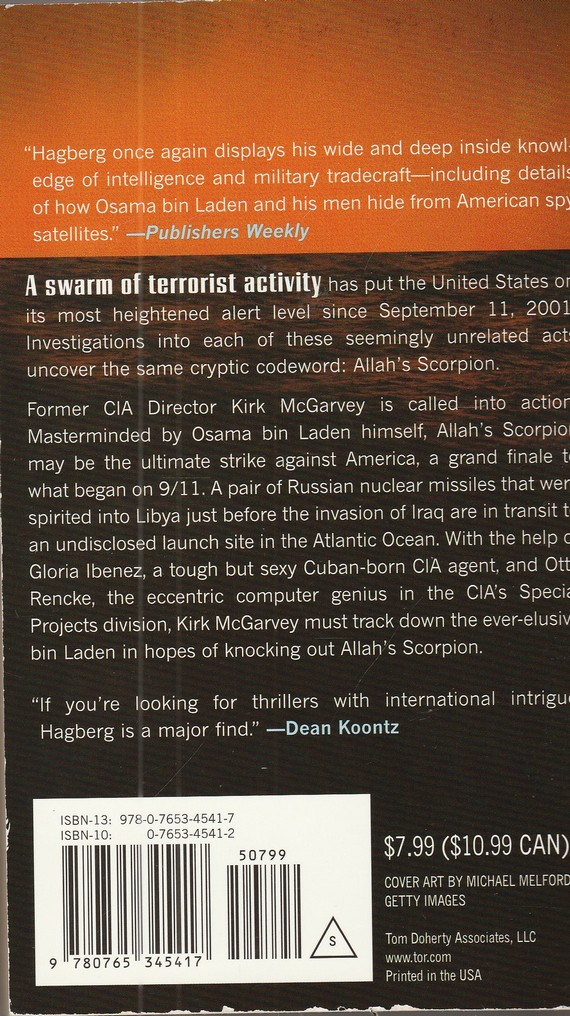 Under the cover of a moonless night, al-Quaida operatives made their way inside the infamous Camp Delta prison on the American base at Guantanamo Bay, Cuba. Their goal was to free five prisoners. But their attempt fails. The rescuers and prisoners, all former Iranian Navy submarine crewmen, were all killed. Their freedom was to be the first step in unleashing a deadly act of terrorism – a mission codenamed Allah’s Scorpion.

The CIA and Kirk McGarvey are called in, but first McGarvey must stop the destruction of the Panama Canal by a Venezuelan oil tanker rigged to explode in one of the locks. What seems to be an unrelated attack turns up the same cryptic code name.

But this mission may prove to be the ultimate strike against America, a grand finale to what began on 9/11. A pair of Russian nuclear warhead missiles that were spirited into Lybia just before the invasion of Iraq have turned up on the radar, and they are in transit by sea to a undisclosed launch site in the Atlantic Ocean. Once again, Kirk McGarvey is the only man in the position to stop them—the only man capable of knocking out Allah’s Scorpion.