Avaleht » Pood » “Soldier. A Visual History of the Fighting Man” 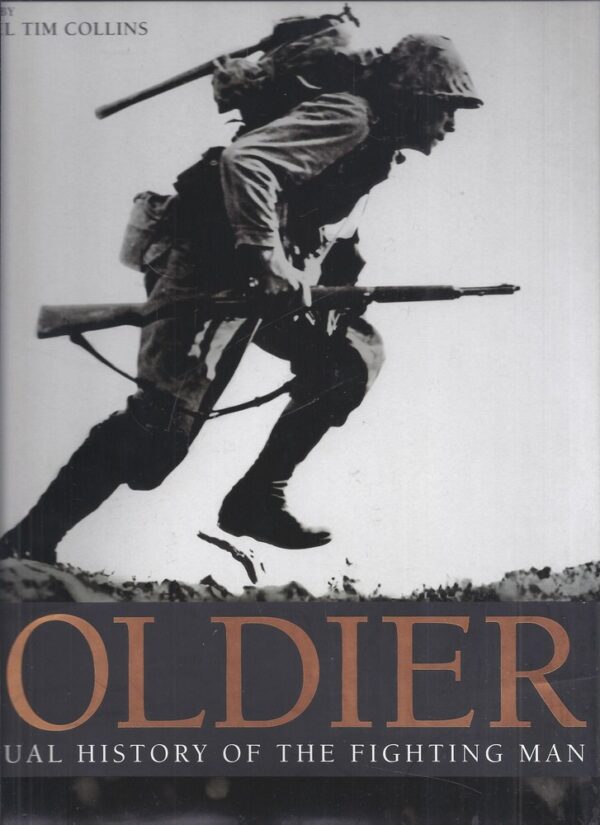 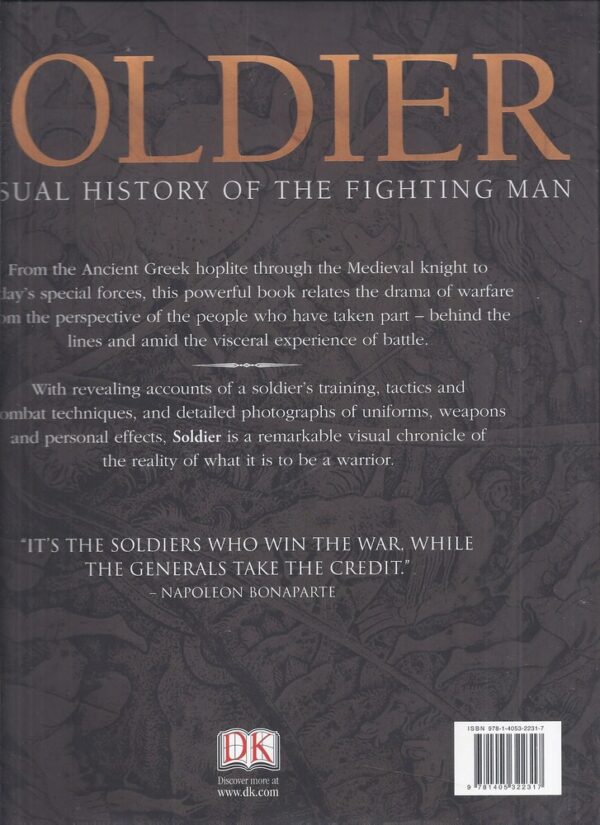 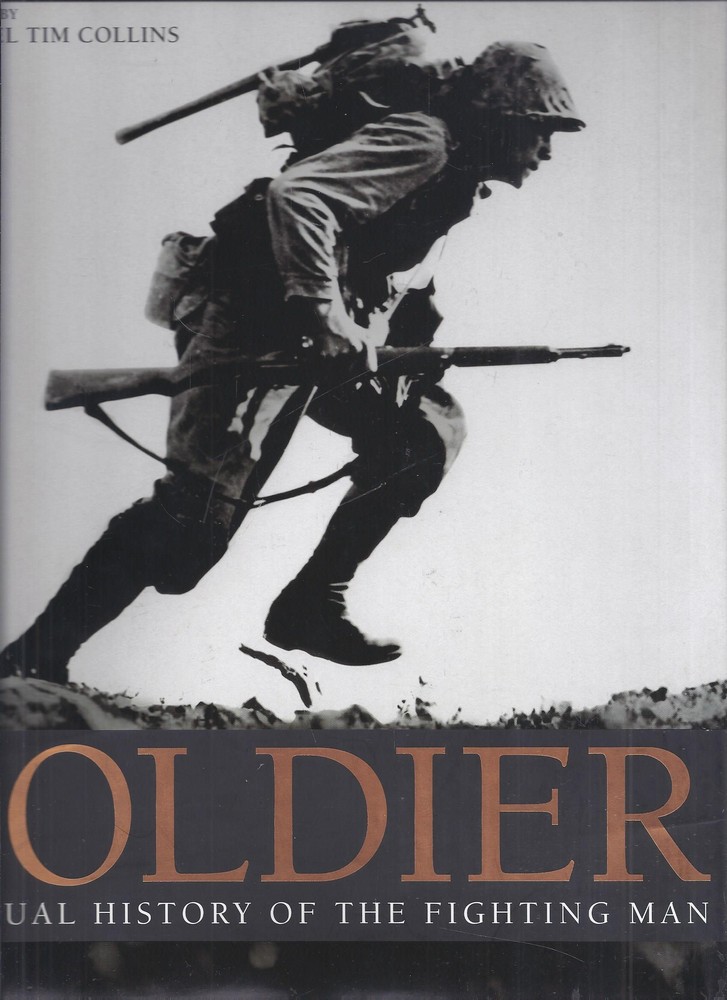 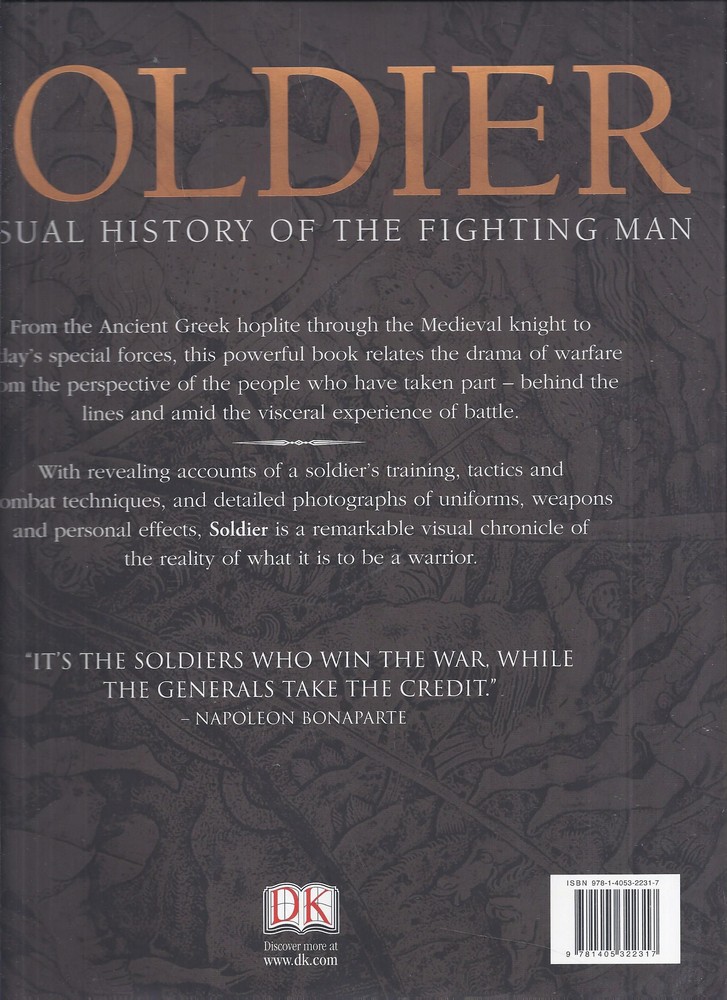 “We lived, slept, ate, worked, and played together. We would share our lives until death or the war´s end.”

Relive the dramatic experiences of the men who have fought the battles, endured the suffering and paid the price of warfare.

From the Samurai of Japan to the Zulu warrior, the Mongol bowman to the American rifleman. “Soldier” vividly illustrates and relates what it is like to engage in battle, through the ages and aroud the world. With compelling first-hand accounts, this book evokes not just the “muck and bullets” of combat but the experiences common to soldiering away from the front line.

From the Ancient Greek phalanx to “going over the top” in World War I, “Soldier” shows the techniques of fighting and tactics employed by soldiers of each era.

From chainmail to camouflage, outstanding photography presents the armour and uniforms worn by each soldier, the kit they carried in the field and the weapons they fought with.

Photohraphic tours take you inside the fortresses, ships, tanks and aircraft in which soldiers have lived and fought, from Viking longship to the cockpit of a B17 bomber.

Examining every aspect of a warrior´s life on and off the battlefield, “Soldier” is the essential visual record of the fighting man.

“The soldier, above all other people, prays for peace, for the must suffer and bear the deepest wounds and scar of war.”

R. G. Grant is a history writer who has published more than 20 books, many of them dealing with aspects of military conflict. He has written on the American Revolution, World War I, and World War II, and is the author of DK´s Battle and Flight: 100 years of Aviation.

Colonel Tim Collins, OBE, is a former British Army and SAS veteran. He is perhaps best known for the speech that he delivered to the British forces on the eve of battle in Iraq in 2003. His remarkable leadership skills were honed over a career lasting 22 years with the British Army which included eight years as an officer in the elite Special Air Service.

“It´s the soldiers who win the war, while the generals take the credit.”