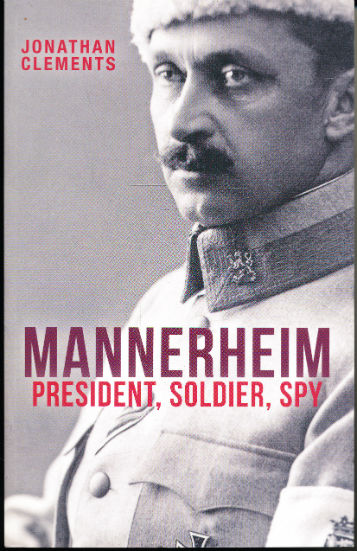 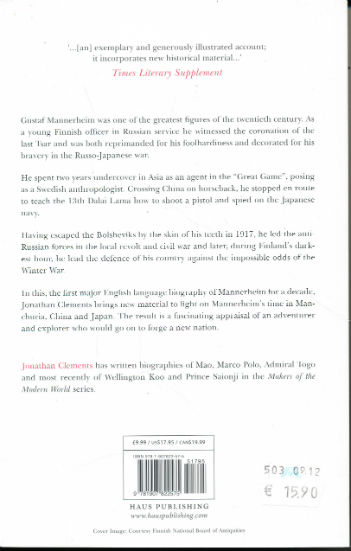 Gustaf Mannerheim was one of the greatest figures of the twentieth century. As a young Finnish officer in Russian service he witnessed the coronation of the last Tsar and was both reprimanded for his foolhardiness and decorated for his bravery in the Russo-Japanese war.

He spent two years undercover in Asia as an agent in the “Great Game”, posing as a Swedish anthropogist. Crossing China on horseback, he stopped en route to teach 13th Dalai Lama how to shoot a pistol and spied on the Japanese navy.

Having escaped the Bolsheviks by the skin of his teeth in 1917, he led the anti-Russian forces in the local revolt and civil war and later, during Finland’s darkest hour, he lead the defence of his country against the impossible odds of the Winter War.

In this, the first major English language biography of Mannerheim for a decade, Jonathan Clements brings new material to light on Mannerheim’s time in Manchuria, China and Japan. The result is a fascinating appraisal of an adventurer and explorer who would go on to forge a new nation.

Jonathan Clements has written biographies of Mao, Marco Polo, Admiral Togo and most recently of Wellington Koo and Prince Saionji in the Makers of the Modern World series.