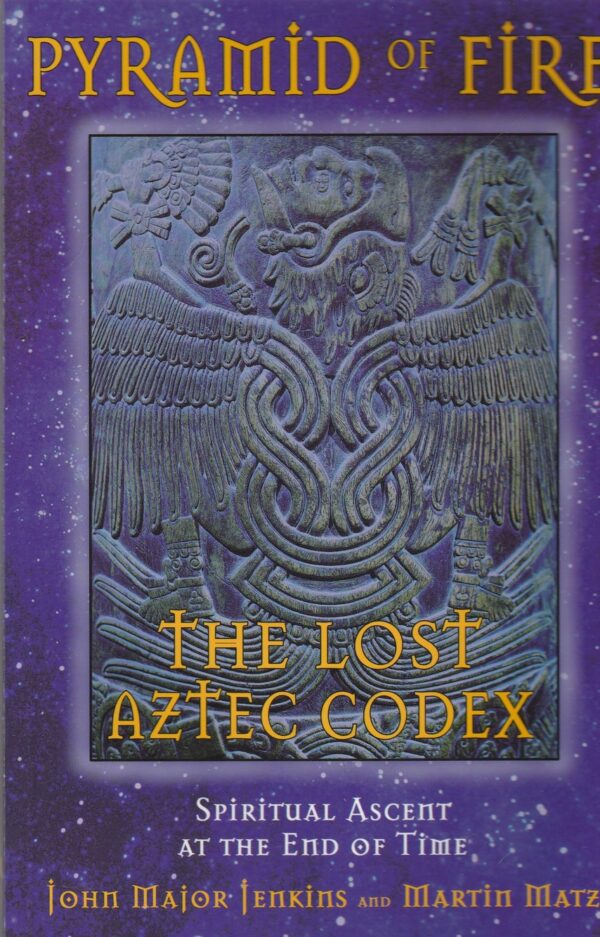 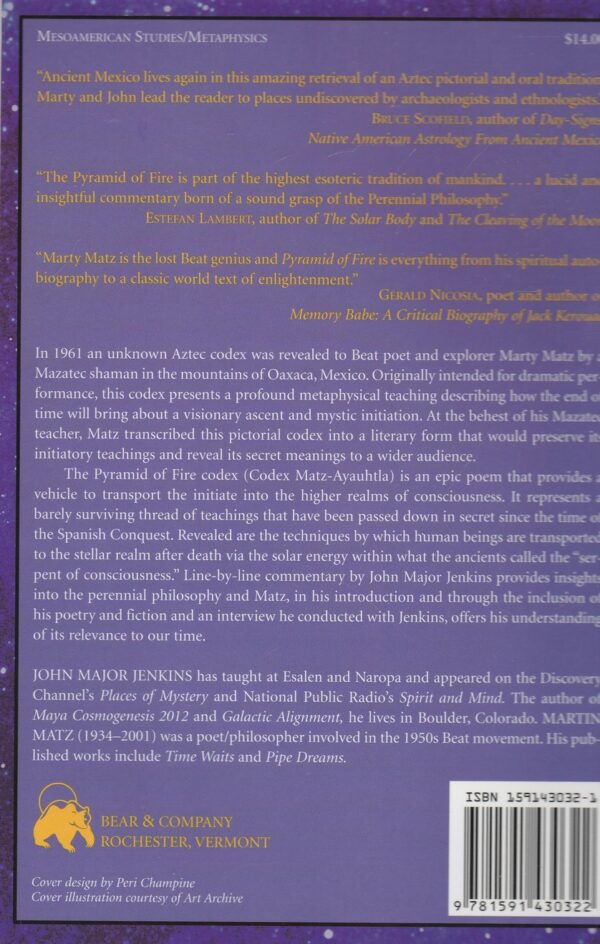 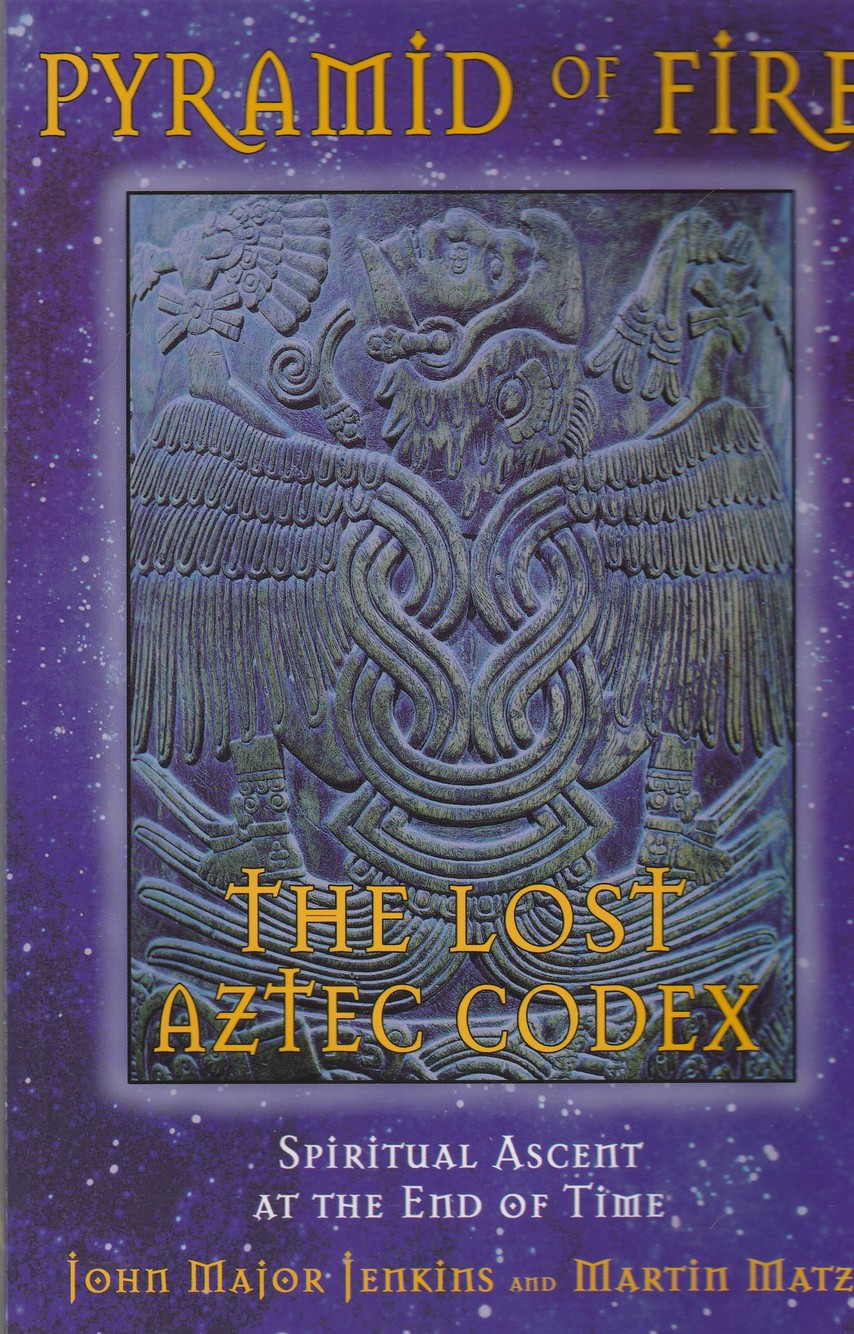 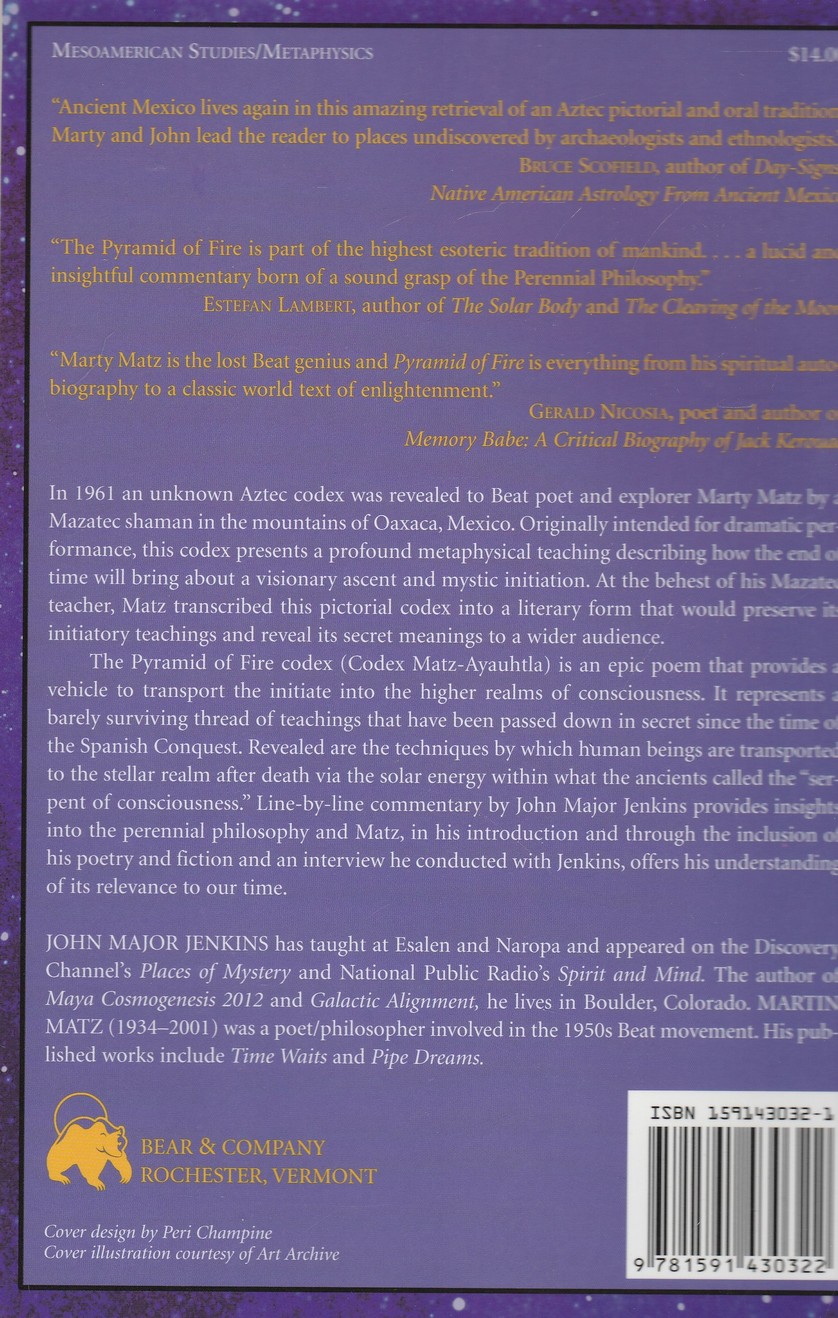 Spiritual ascent at the end of time.

“Ancient Mexico lives again in this amazing retrieval of an Aztec pictorial and oral tradition. Marty and John lead reader to places undiscovered by archaeologists and ethnologists.”

“The Pyramid of Fire is part of the highest esoteric tradition of mankind… a lucid and insightful commentary born of a sound grasp of the Perennial Philosophy.”

– Estefan Lambert, author of The Solar Body and The Cleaving of the Moon

“Marty Matz is the lost Beat genius and Pyramid of Fire is everything from his spiritual autobiography to a classic world text of enlightenment.”

In 1961 an unknown Aztec Codex was revealed to Beat poet and explorer Marty Matz by a Mazatec shaman in the mountains of Oaxaca, Mexico. Originally intended for dramatic performance, this codex presents a profound metaphysical teaching describing how the end of time will bring about a visionary ascent and mystic intiation. At the behest of his Mazatec teacher, Matz transcribed this pictorial codex into a literary form that would preserve its initatory teachings and reveal its secret meanings to a wider audience.

The Pyramid of Fire codex (Codex Matz-Ayauhtla) is an epic poem that provides a vehicle to transport the initiate into the higher realms of consciousness. It represents a barely surviving thread of teachings that have been passed down in secret since the time of the Spanish Conquest. Revealed are the techniques by which human beings are transported to the stellar realm after death via the solar energy wihtin what the ancients called the “serpent of consciousness”. Line-by-line commentary by John Major Jenkins provides insights into the perennial philosophy and Matz, in his introduction and through the inclusion of his poetry and fiction and an  interview he conducted with Jenkins, offers his understanding of its relevance to our time.

John Major Jenkins has taught at Esalen and Naropa and appeared on the Discovery Channel´s Places of Mystery and National Public Radio´s Spirit and Mind. The author of Maya Cosmogenesis 2012 and Galatic Alignment, he lives in Boulder, Colorado. Martin Matz (1934-2001) was a poet/philosopher involved in the 1950s Beat movement. His published works include Time Waits and Pipe Dreams.