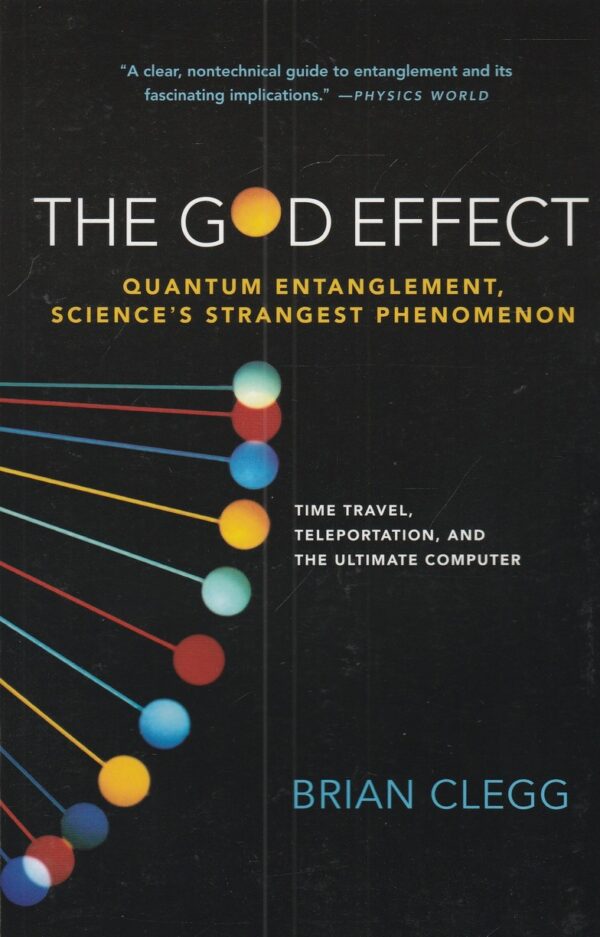 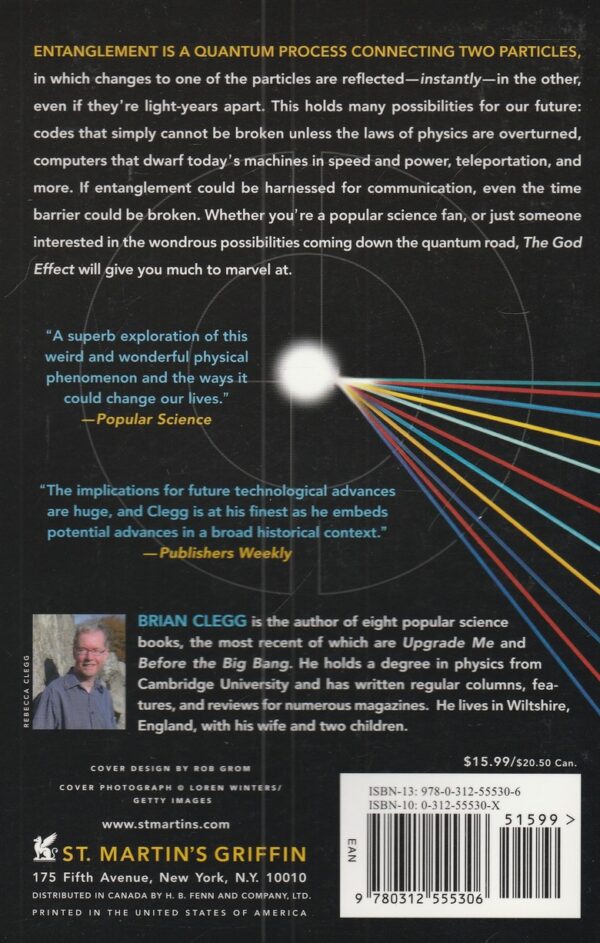 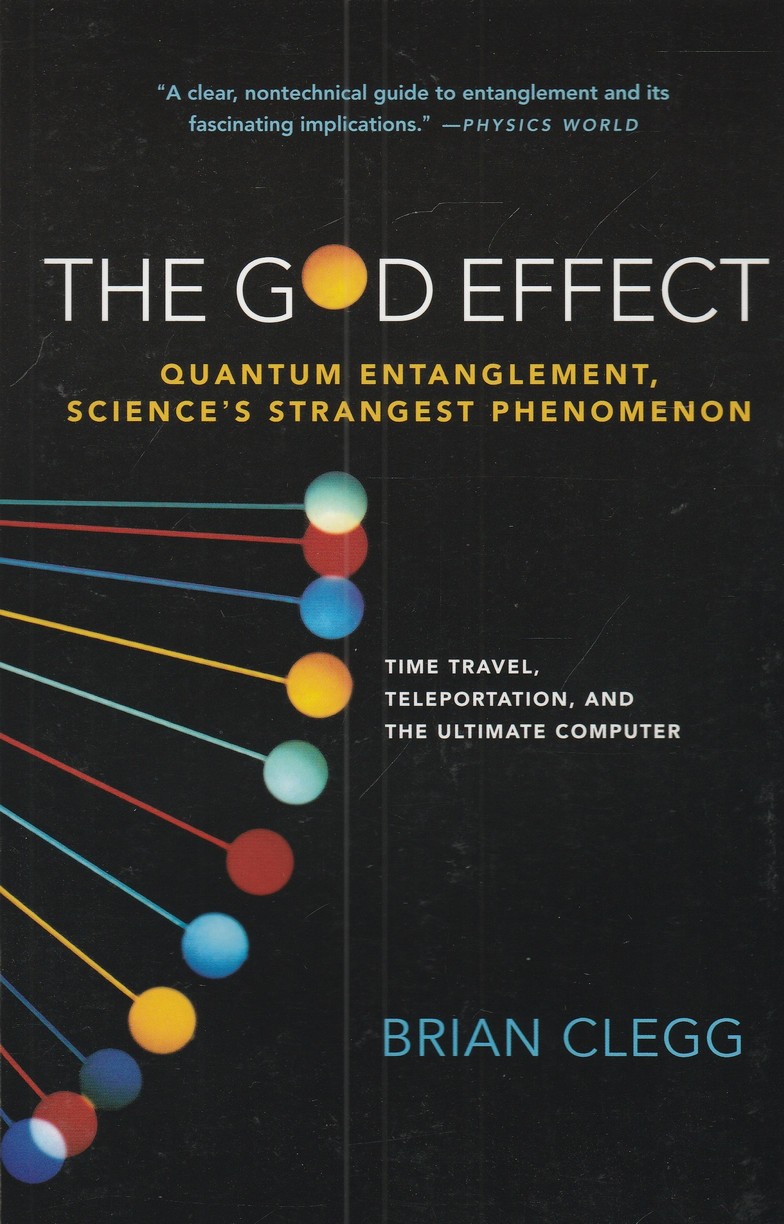 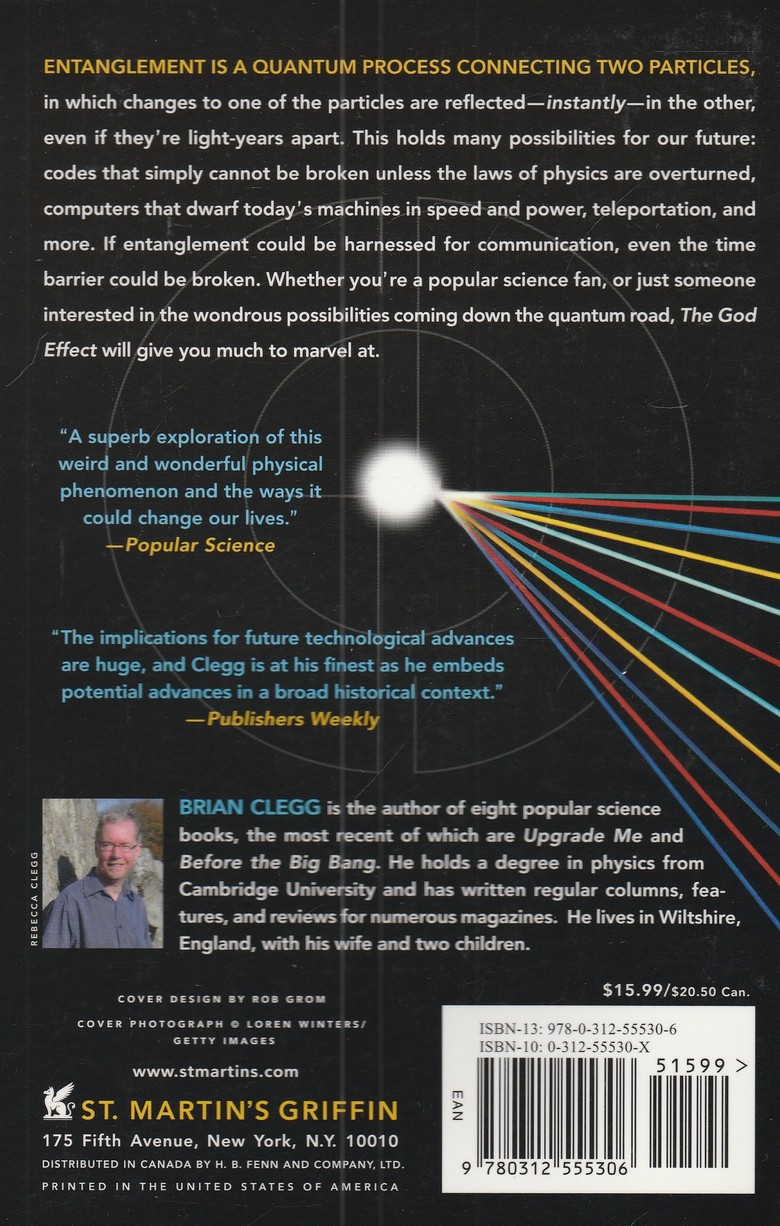 What is entanglement? It’s a connection between quantum particles, the building blocks of the universe. Once two particles are entangled, a change to one of them is reflected – instantly – in the other, be they in the same lab or light-years apart. So counterintuitive is this phenomenon and its implications that Einstein himself called it “spooky” and thought that it would lead to the downfall of quantum theory. Yet scientists have since discovered that quantum entanglement, the “God Effect,” was one of Einstein’s few – and perhaps one of his greatest – mistakes.

What does it mean? The possibilities offered by a fuller understanding of the nature of entanglement read like something out of science fiction: communications devices that could span the stars, codes that cannot be broken, computers that dwarf today’s machines in speed and power, teleportation, and more.

In The God Effect, veteran science writer Brian Clegg has written an exceptionally readable and fascinating (and equation-free) account of entanglement, its history, and its application. Fans of Brian Greene and Amir Aczel and those interested in the marvellous possibilities coming down the quantum road will find much to marvel, illuminate, and delight.