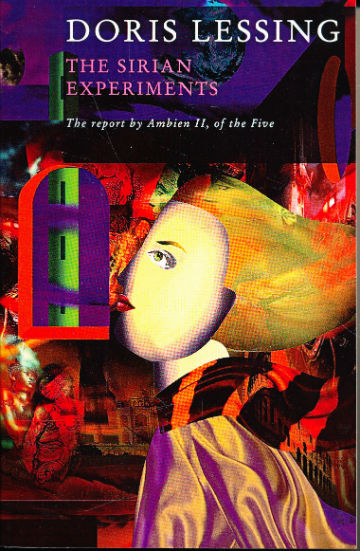 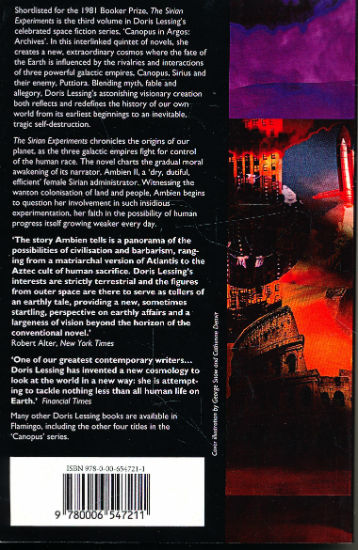 The report by Ambien II, of the Five

Shortlisted for the 1981 Booker Prize, The Sirian Experiments is the third volume in Doris Lessing´s celebrated space fiction series, “Canopus in Argos: Archives”. In this interlinked quintet of novels, she creates a new, extraordinary cosmos where the fate of the Earth is influenced by the rivalries and interactions of three powerful galactic empires, Canopus, Sirius and their enemy, Puttiora, Blending myth, fable and allegory, Doris Lessing´s astonishing visionary creation both reflects and redefines the history of our own world from its earliest beginnings to an inevitable, tragic self-destruction.

The Sirian Experiments chronicles the origins of our planet, as the three galactic empires fight for control of the human race. The novel charts the gradual moral awakening of its narrator, Ambien II, a ´dry, dutiful, efficient´ female Sirian administrator. Witnessing the wanton colonisation of land and people, Ambien begins to question her involvement in such insidious experimentation, her faith in the possibility of human progress itself growing weaker every day.