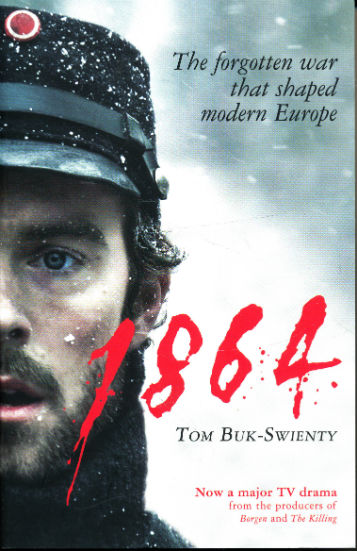 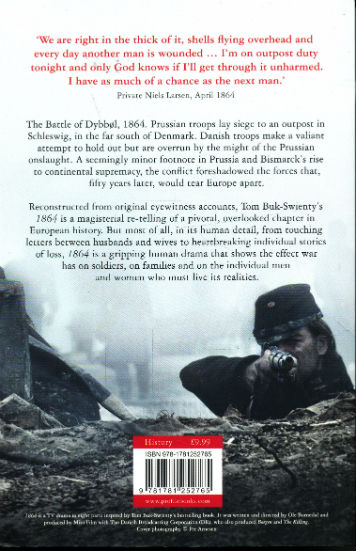 “We are right in the thick of it, shells flying overhead and every day another man is wounded … I´m on outpost duty tonight and only God knows if I´ll get through it unharmed. I have as much of a chance as the next man.” – Private Niels Larsen, April 1864

The Battle of Dybbol, 1864. Prussian troops lay siege to an outpost in Schleswig, in the far south of Denmark. Danish troops make a valiant attempt to hold out but are overrun by the might of the Prussian onslaught. A seemingly minor footnote in Prussia and Bismarck´s rise to continental supremacy, the conflict foreshadowed the forces that, fifty years later, would tear Europe apart.

Reconstructed from original eyewitness accounts, Tom Buk-Swieny´s 1864 is a magisterial re-telling of a pivotal, overlooked chapter in European history. But most of all, in its human detail, from touching letters between husbands and wives to heartbreaking individual stories of loss, 1864 is a gripping human drama that shows the effect war has on soldiers, on families and on the individual men and women who must live its realities.