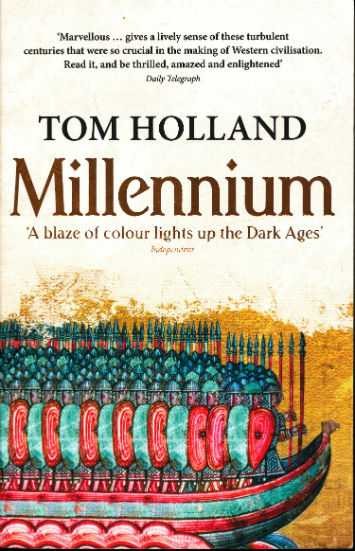 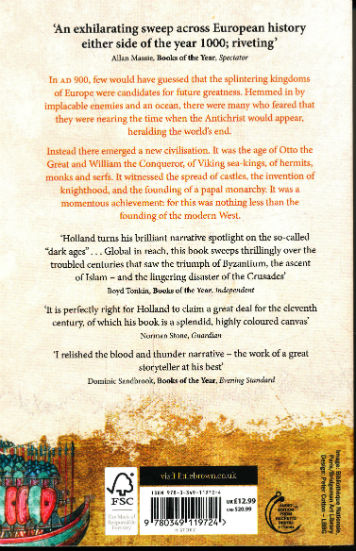 In AD 900, few would have guessed that he splintering kingdoms of Europe were candidates for future greatness. Hemmed in by implacable enemies and an ocean, there were many who feared taht they were nearing the time when the Antichrist would appear, heralding the world´s end.

Instead there emerged a new civilization. It was the age of Otto the Great and William the Conqueror, of Viking sea-kings, of hermits, monks and serfs. It witnessed the spread of castles, the invention of knighthood, and the founding of a papal monarchy. It was a momentous achievement: for this was nothing less than the founding of the modern West.