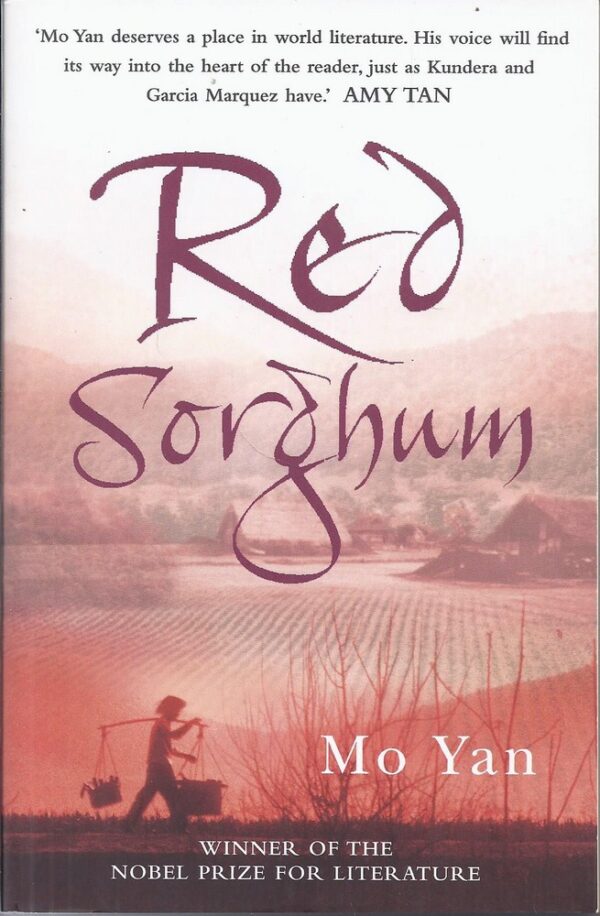 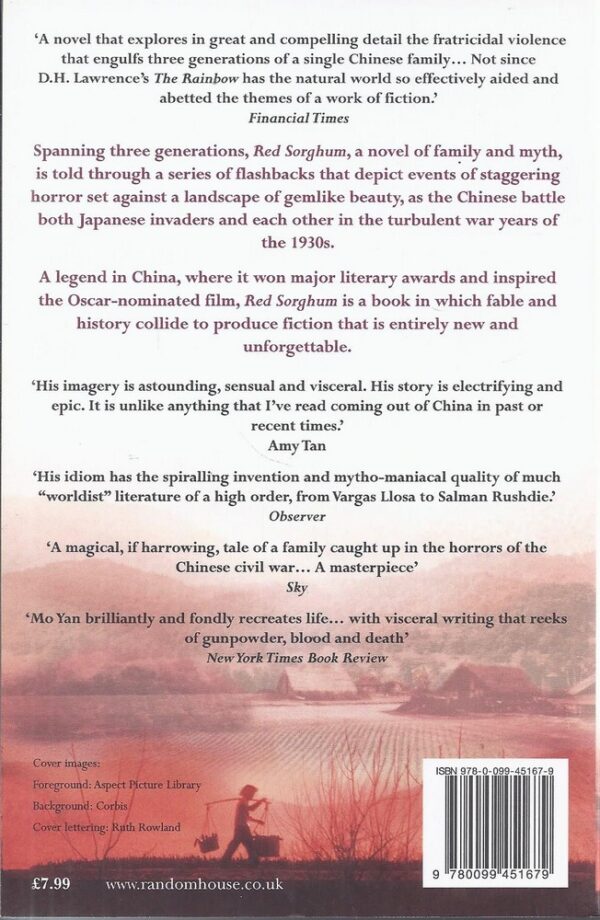 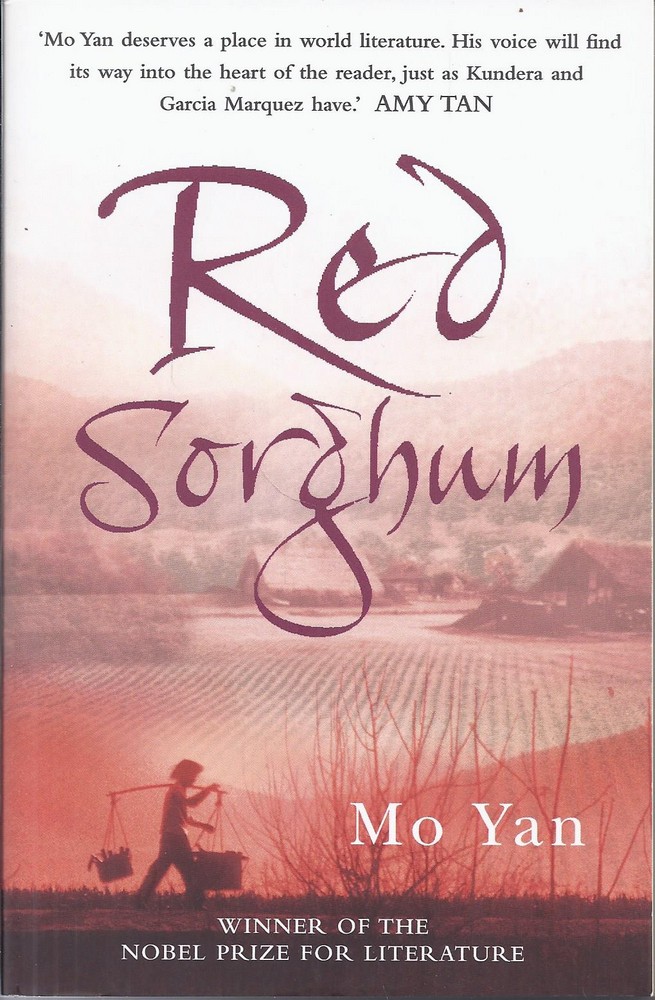 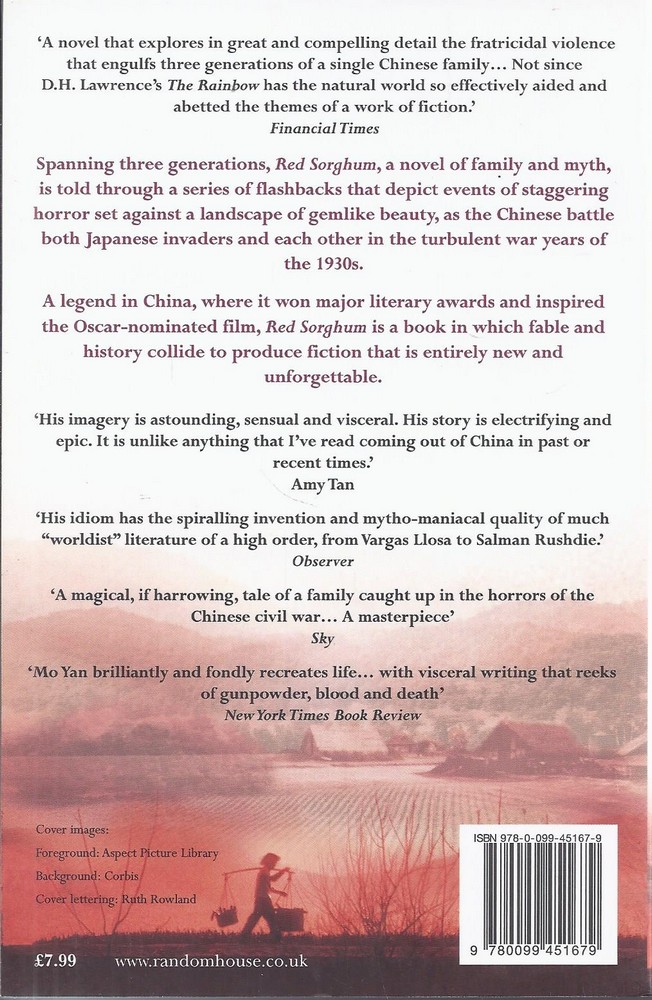 Spanning three generations, this novel of family and myth is told through a series of flashbacks that depict events of staggering horror set against a landscape of gemlike beauty as the Chinese battle both the Japanese invaders and each other in the turbulent 1930s.

As the novel opens, a group of villagers, led by Commander Yu, the narrator’s grandfather, prepare to attack the advancing Japanese. Yu sends his 14-year-old son back home to get food for his men; but as Yu’s wife returns through the sorghum fields with the food, the Japanese start firing and she is killed.

Her death becomes the thread that links the past to the present and the narrator moves back and forth recording the war’s progress, the fighting between the Chinese warlords and his family’s history.

Mo Yan – winner of the Nobel Prize for Literature