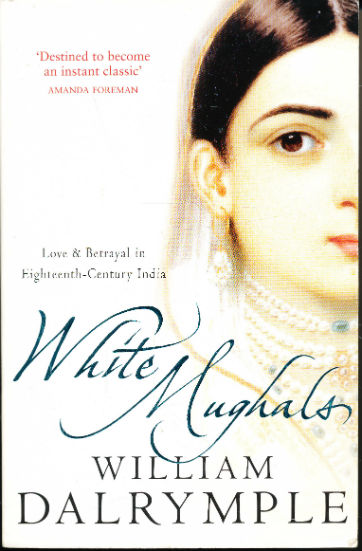 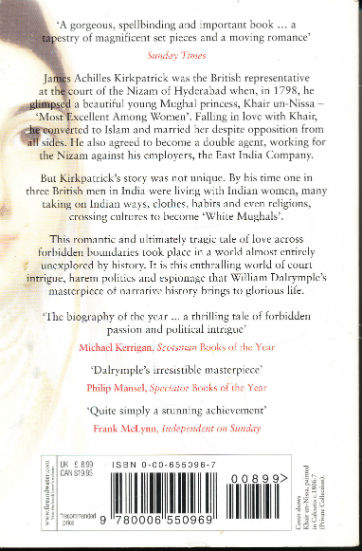 James Achilles Kirkpatrick was the British representative at the court of the Nizam of Hyderabad when, in 1798, he glimpsed a beautiful young Mughal princess, Khair un-Nissa – “Most Exellent Among Women”. Falling in love with Khair, he converted to Islam and married her despite opposition from all sides. He also agreed to become double agent, working for the Nizam against his employers, the East India Company.

But Kirkpatrick´s story was not unique. By his time one in three British men in India were living with Indian women, many taking on Indian ways, clothes, habits and even religions, crossing cultures to become “White Mughals”.

This romantic and ultimately tragic tale of love across forbidden boundaries took place in a world almost entirely unexplored by history. It is this enthralling world of court intrigue, harem politics and espionage that William Dalrymple´s masterpiece of narrative history brings to glorious life.