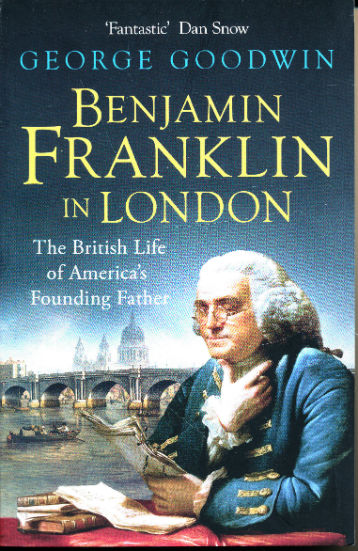 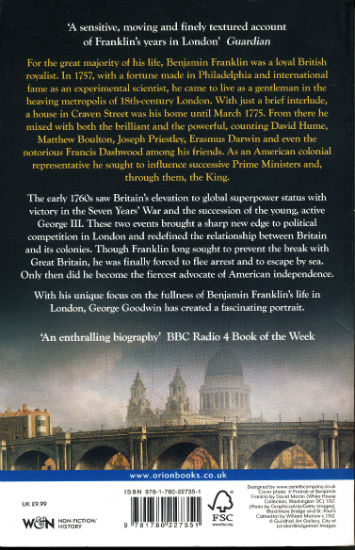 For the great majority of his life, Benjamin Franklin was a loyal British royalist. In 1757, with a fortune made in Philadelphia and international fame as an experimental scientist, he came to live as a gentleman in the heaving metropolis of 18th-century London. With just a brief interlude, a house in Craven Street was his home until March 1775. From there he mixed with both the brilliant and the powerful, counting David Hume, Matthew Boulton, Joseph Priestley, Erasmus Darwin and even the notorious Francis Dashwood among his friends. As an American colonial representative he sought to influence successive Prime Ministers and, through them, the King.

The early 1760s saw Britain´s elevation to global superpower status with victory in the Seven Years´ War and the succession of the young, active George III. These two events brought a sharp new edge to political competition in London and redefined the relationship between Britain and its colonies. Though Franklin long sought to prevent the break with Great Britain, he was finally forced to flee arrest and to escape by sea. Only then did he become the fiercest advocate of American independence.

With his unique focus on the fullness of Benjamin Franlin´s life in London, George Goodwin has created a fascinating portrait.