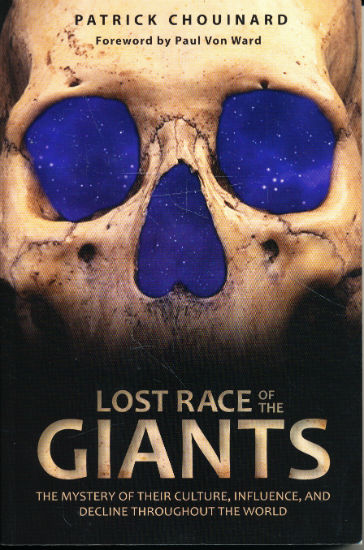 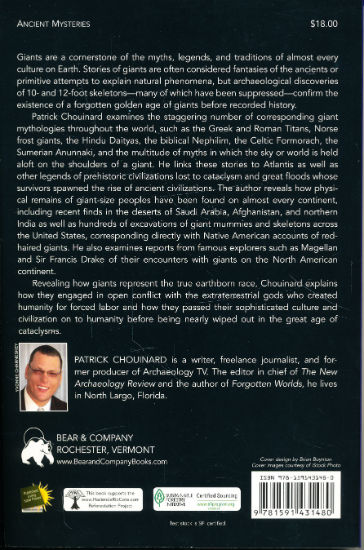 The mystery of their culture, influence, and decline throughout the world.

Giants are cornerstone of the myths, legends, and traditions of almost every culture on Earth. Stories of giants are often considered fantasies of the ancients or primitive attempts to explain natural phenomena, but archaeological discoveries of 10- and 12-foot skeletons – many of which have been suppressed – confirm the existence of a forgotten golden age of giants before recorded history.

Patrick Chouinard examines the staggering number of corresponding giant mythologies throughout the world, such as the Greek and Roman Titans, Norse frost giants, the Hindu Daityas, the biblical Nephilim, the Celtic Formorach, the Sumerian Anunnaki, and the multitude of myths in which the sky or world is held aloft on the shoulders of a giant. He links these stories to Atlantis as well as other legends of prehistoric civilizations lost to cataclysm and great floods whose survivors spawned the rise of ancient civilizations. The author reveals how physical remains of giant-size peoples have been found on almost every continent, including recent finds in the deserts of Saudi Arabia, Afghanistan, and northern India as well as hundreds of excavations of giant mummies and skeletons across the United States, corresponding directly with Native American accounts of red-haired giants. He also examines reports from famous explorers such as Magellan and Sir Francis Drake of their encounters with giants on the North American continent.

Revealing how giants represent the true earthborn race, Chouinard explains how they engaged in open conflict with the extra-terrestrial gods who created humanity for forced labour and how they passed their sophisticated culture and civilization on to humanity before being nearly wiped out in the great age of cataclysms.