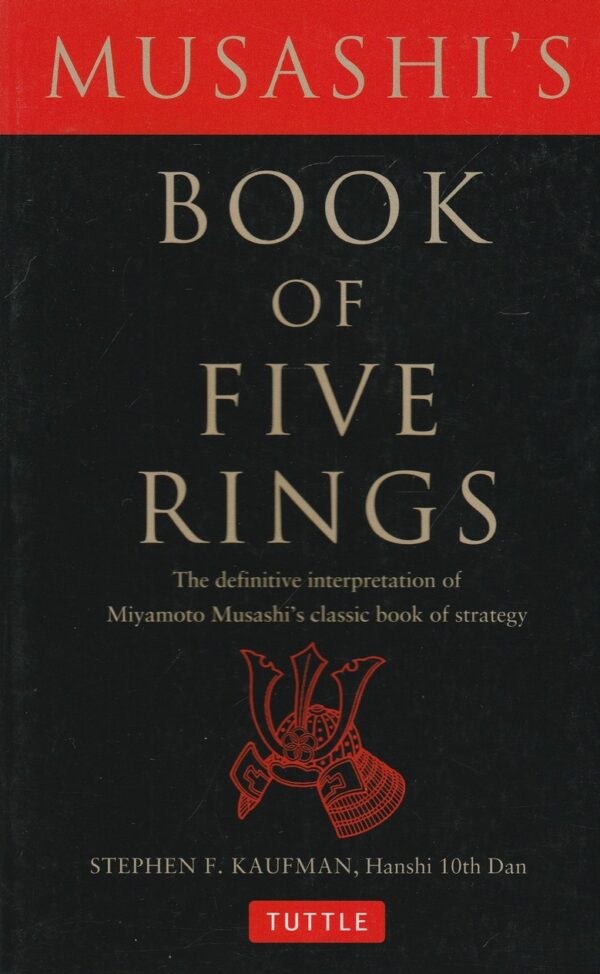 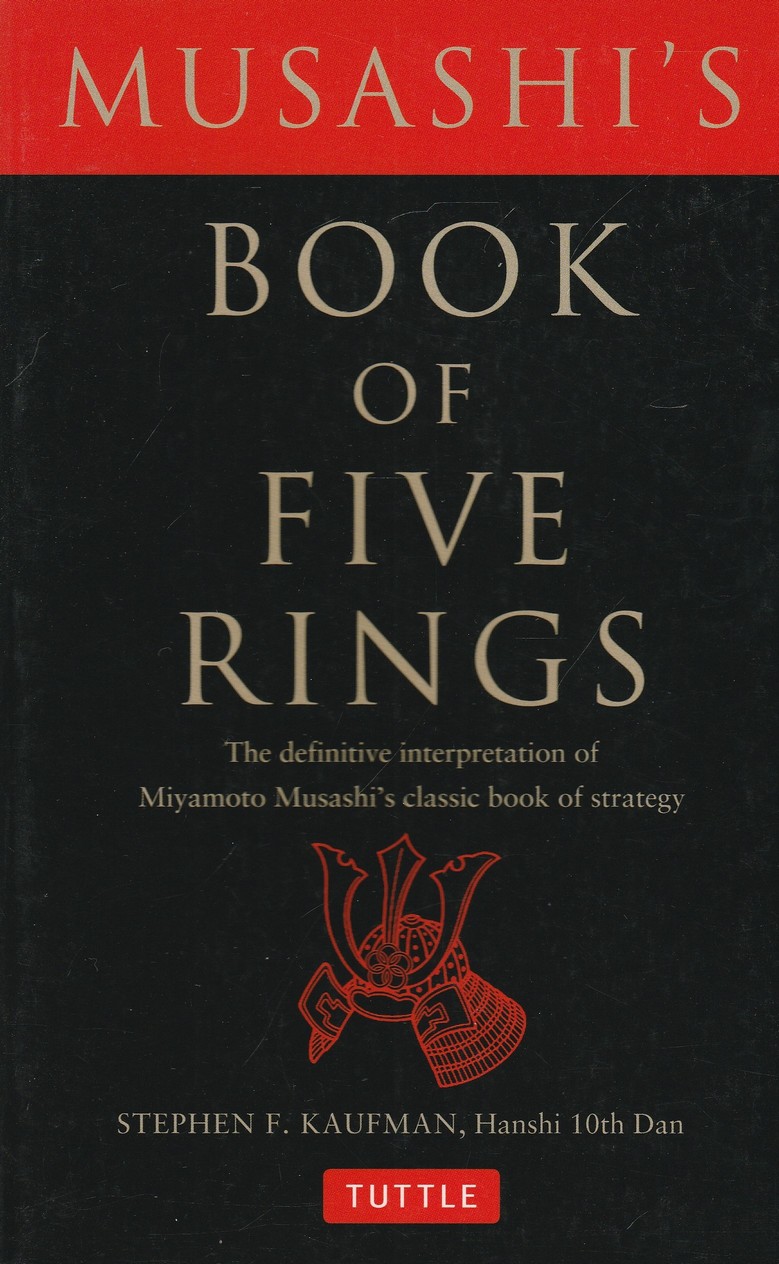 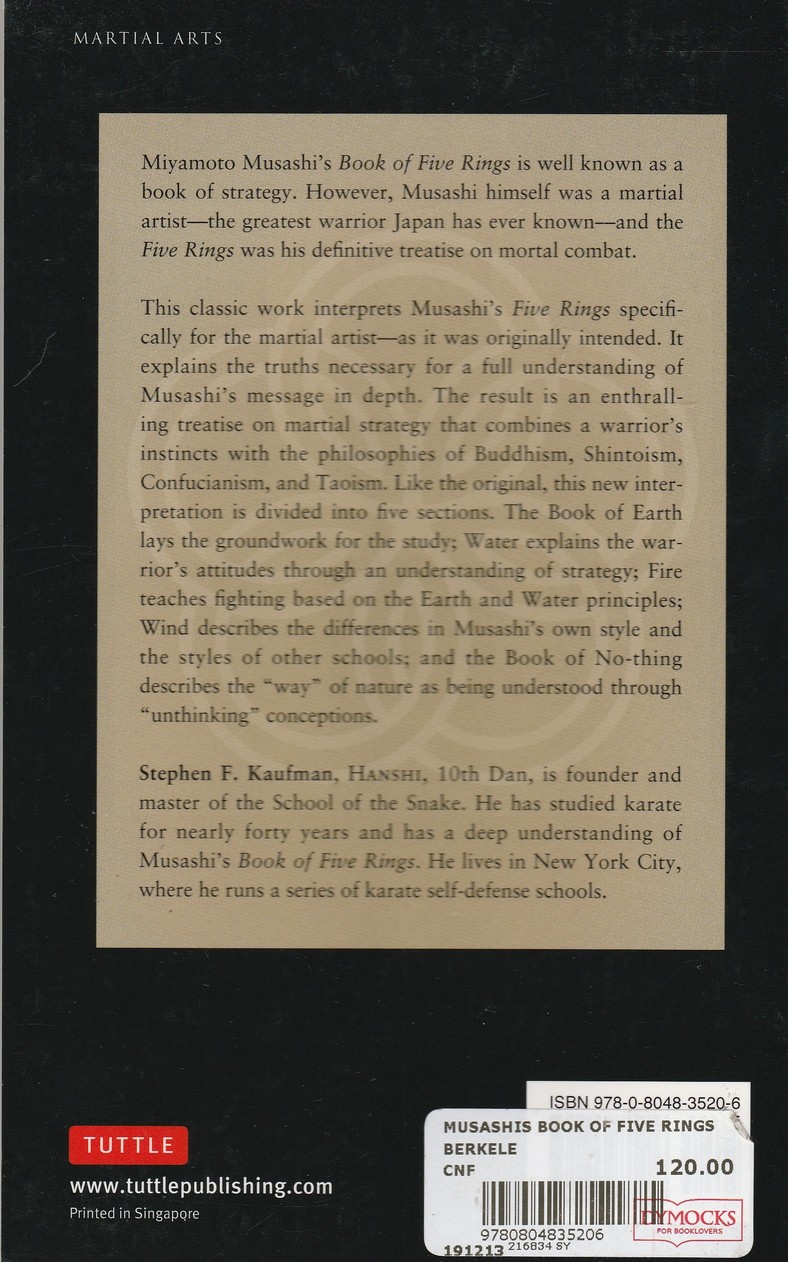 The definitive interpretation of Miyamoto Musashi´s classic book of strategy

Miyamoto Musashi´s “Book of Five Rings” is well known as a book of strategy. However, Musashi himself was a martial artist – the greatest warrior Japan has ever known – and the Five Rings was his definitive tratise on mortal combat.

This classic work interprets Musashi´s Five Rings specifically for the martial artist – as it was originally intended. It explains the truths necessary for a full understanding of Musashi´s message in depth. The result is an enthralling treatise on martial strategy that combines a warrior´s instincts with the philosophies of Buddhism, Shintoism, Confucianism, and Taoism. Like the original, this new interpretation is divided into five sections. The Book of Earth lays the groundwork for the study; Water explains the warrior´s attitudes through an understanding of strategy; Fire teaches fighting based on the Earth and Water principles; Wind describes the differences in Musashi´s own style and the styles of other schools; and the Book of No-thing describes the “way” of nature as being understood through “unthinking” conceptions.

Stephen F. Kaufman, Hanshi, 10th Dan, is founder and master of the School of the Snake. He has studied karate for nearly forty years and has a deep understanding of Musashi´s “Book of Five Rings”. He lives in New York City, where he runs a series of karate self-defense schools.