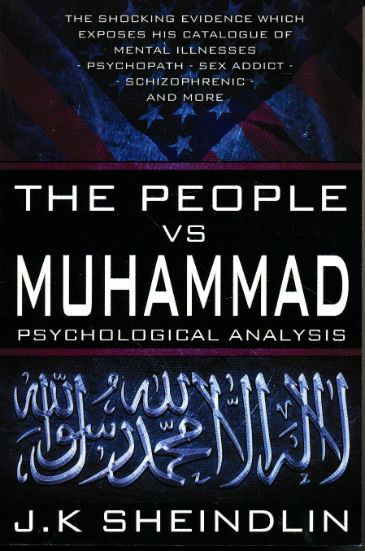 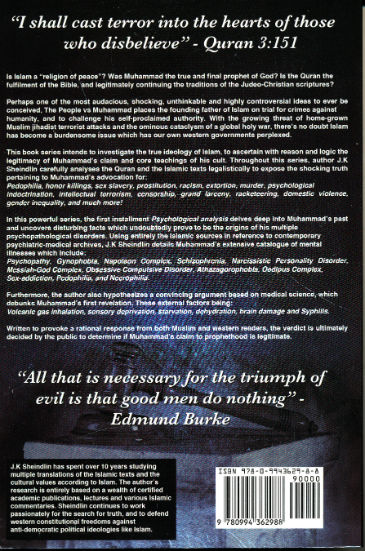 Is Islam a “religion of peace”? Was Muhammad the true and final prophet of God? Is the Quran the fulfillment of the Bible, and legitimately continuing the traditions of the Judeo-Christian scriptures?

Perhaps on of the most audacious, shocking, unthinkable and highly controversial ideas to ever be conceived. The People vs Muhammad places the founding father of Islam on trial for crimes against humanity, and to challenge his self-proclaimed authority. With the growing threat of home-grown Muslim jihadist terrorist attacks and the ominous cataclysm of a global holy war, there´s no doubt Islam has become a burdensome issue which has our own western governments perplexed.

Written to provoke a rational response from both Muslim and western readers, the verdict is ultimately decided by the public to determine it Muhammad´s claim to prophethood is legitimate.