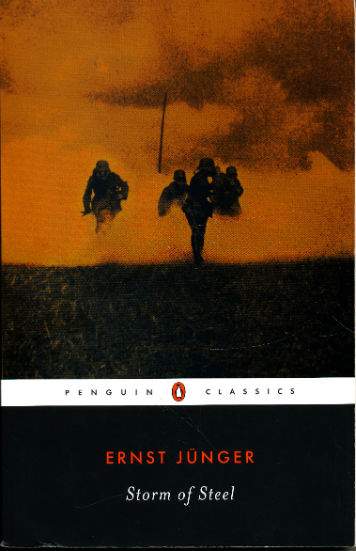 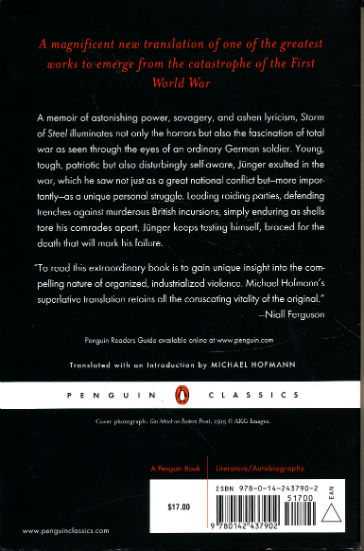 A memoir of astonishing power, savagery, and ashen lyricism, Storm of Steel illuminates not only the horrors but also the fascination of total war as seen through the eyes of an ordinary German soldier. Young, tough, patriotic but also disturbing self-aware, Jünger exulted in the war, which he saw not just as a great national conflict but-more importantly-as a unique personal struggle. Leading raiding parties, defending trenches against murderous British incursions, simply enduring as shells tore his comrades apart, Jünger keeps testing himself, braced for the death that will mark his failure.

“To read this extraordinary book is to gain unique insight into the compelling nature of organized, industrialized violence. Michael Hofman´s superlative translation retains all the coruscating vitality of the original.” – Niall Ferguson